Help is just a call away. Short Wait Times. 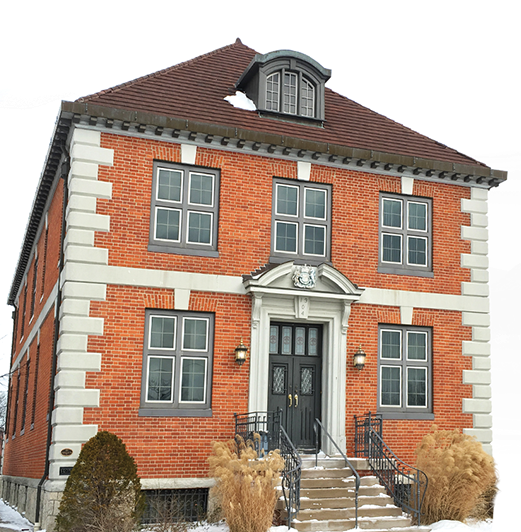 With the completion of St. Mary’s Church seven blocks to the south, the original church (c. 1870) was demolished. From its stone foundation, opposite the office building, rose the new Town Hall in 1904, designed by the now-independent Albert Kahn. Ironically, the Town Hall was supposed to have been built on Devonshire Road, where it stands today, but the availability of an existing foundation offered an opportunity too good for the Walker Sons to overlook. Construction of the new public building (at a cost of $15,000) was in the hands of Victor Williamson. Ninety years later, with a corporate plan to reduce its heavily taxed physical plant, Hiram Walker & Sons, Ltd. decided to raze the former Town Hall (also known as the Barclay Building), along with the malthouse and the Walker Stores building. A determined group of volunteers quickly formed the Preserve Old Walkerville committee to try to save the Town Hall. Within a year sufficient funds had been raised to have it moved. Today, thanks to an imaginative and enterprising businessman who purchased it, the Town Hall has been restored and renovated.